When did the first people enter Panama? Who lived along the southern Panamanian coast during the last several thousand years? Did ancient mariners frequently travel between the Bay of Panama and the Gulf of Chiriquí? These are only some of the questions the Southern Azuero Archaeological Project is exploring. 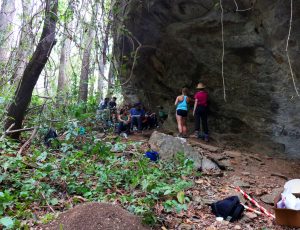 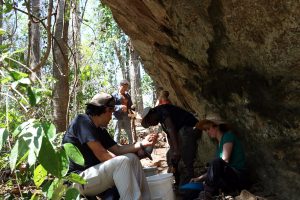 The southern coastline of the Azuero Peninsula is, geologically and geographically, a unique location. The modern-day coastline runs very close to the continental shelf under the ocean, marking the extent to which land would have extended up until the end of the last Ice Age. What is today the Gulf of Chiriquí and Bay of Panama would have been land at the time the first humans entered the Americas; people and animals could have easily walked to Coiba or the Pearl Islands. The modern coastline of the southern Azuero, however, is not so different from what it was ten thousand years ago. The Southern Azuero Archaeological Project is currently surveying the area for interesting features such as rock shelters that might hold evidence of the first humans to arrive in this area, as they traveled down the coast toward South America. 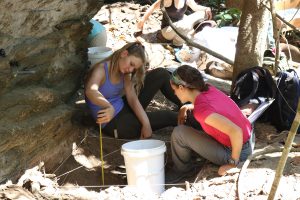 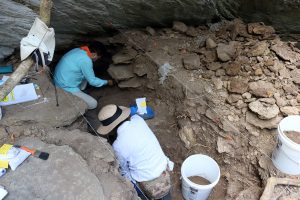 Compared to other regions of Panama and Central America, the southern Azuero has also not been thoroughly examined for archaeological sites; outside of the Tonosí Valley, very little is known of the history of human occupation in this area. The coastline may have been important, for it lies between the Bay of Panama and the Gulf of Chiriquí, both of which are known, archaeologically and historically, to have been active centers of maritime trade and transport before the arrival of the Spanish conquistadors, particularly to the numerous islands along the coast like Coiba, Cébaco, and the Pearl Islands. An exploration of the settlements along the coast may provide clues as to what trade and commerce was like between these two bodies of water in ancient times.