These facts help explain why rainforest species are particularly vulnerable to extinction. When there are few individuals in a species, it doesn’t take the destruction of very many to wipe out the whole population, or to scatter the population so thinly that individuals can no longer find each other to reproduce. 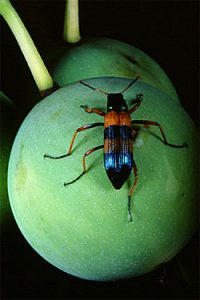 Moreover, many rainforest species are found in only one very small area. For example, over half of the kinds of mammals in the Philippines are found nowhere else in the world besides that country. If a plant or animal like this is wiped out-if, for example, the one rainforest in which the species lives is cut down there are no other populations anywhere from which the species can re/establish itself.

Finally; many rainforest species are vulnerable to extinction because they depend on other species in extremely specific ways. Most trees need animals to disperse their fruit. For example, they approximately six hundred different kinds of fig trees depend on different species of insect to pollinate them. Whenever this kind of partnership exists, the destruction of one species will also wipe out the other.

Another important factor in making the rainforests fragile is that most are growing where the topsoil is thin and poor. How then can such luxuriant vegetation grow? Through frugality and efficient recycling.

Almost nothing is wasted in a rainforest, even temporarily. The nutrients than plants and animals must have are recycled fast because of the diversity and the high temperatures. A fallen leaf in a rainforest decomposes in about six weeks (compared to about one year for a fallen leaf in a temperate zone deciduous forest, and about seven years in a northern pine forest).

This means that, in a rainforest, most of the nutrients are stored in the plants rather than in the soil. When rainforest trees are cut down and hauled away, the nutrients they contain are also being permanently removed from the rainforest system. Even when the trees are burned after being cut down, their nutrientrich ashes make the soil fertile for only a year or two before the rain washes them away.

These, then, are some general facts that help explain how rainforests can be simultaneously lush and fragile. With these facts in mind, let’s now take a look at the rainforest itself: at the plants and animals that make it up and at its organization into several interconnected layers. Generally, unless otherwise specified, the plants and animals referred to are from the New World tropics.