Have you heard frogs calling at night? The males call to attract females. Females may choose a mate without even seeing him! 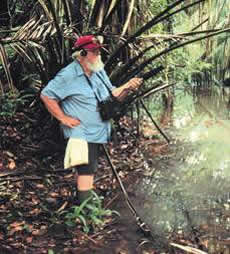 Which calls do the females prefer?

Diego Lombeida place a female between two speakers: We play the “simple” call from one speaker and the”complex” call from the other. More females hop toward the complex call. 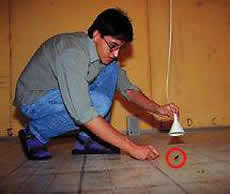 This male tungara frog was calling to attract a female. The frog-eating bat found him because of his call. Tungara frogs make complex “sexy” calls and less complex “not so sexy” calls.

We have shown that female frogs prefer complex calls. To attract females, a male should use the complex call as much as possible.

Unfortunately it’s easier for a bat to locate a frog making a complex call. Frogs call less, and less romantically, when they can see the bats. 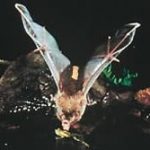 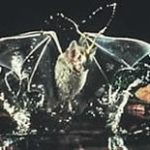 What makes these males different from these females? The males have characteristics that attract a mate.